This enigmatic stone (27 inches height, 12 inches wide, 6 inch thickness), anciently known as the Yolstone and later as the Bonstone, one stood behind Foulscales farm near Gibbs. For some reason the stone was removed from this site and taken into the cellars of Knowlmewre Manor under the authority of the Peel Estate.

The stone displays possible early native chi-rho symbols that may have a 6/7th century provenance. The lettering ‘HT’ look to be of 16/17th century origin and may refer to the Towneley family who held lands in Bowland.

I would be interested to know others views on these strange markings.

(Paul, could you put up the Photo and drawing for this stone that I gave you yesterday – thanks, john)
QDanT 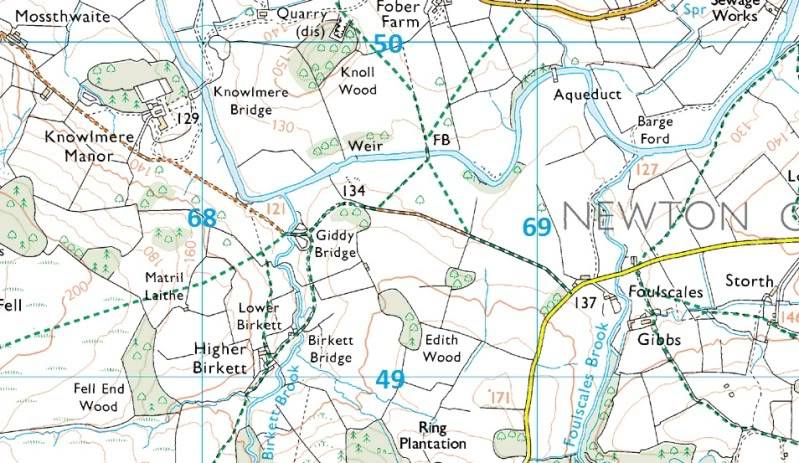 I must also point out that the Roman road that passes through the Hodder Vally in Bowland runs but a stone throw to the west of where the stone was originally located. This may be significant.
Paulus

Photos to follow very shortly. In the meantime, here's a copy of the drawing of the stone from your Slaidburn and Newton (2003) work, so people can see what's carved clearly: 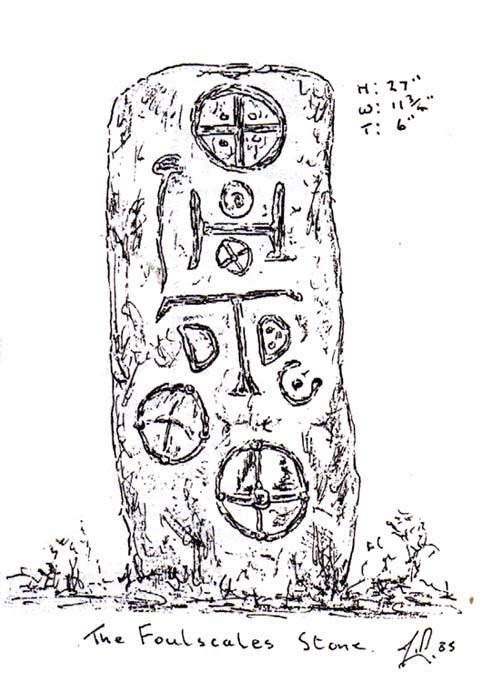 Here's 2 contrasted versions of the same photo. One thing which seems to stand out on the large-scale image (I'll email 'em to you) is the addition of possibly another full chi-rho 'celtic cross' ring on the lower-right side of the letter 'T', instead of the mere 'cup-and-ring' style motif in the drawing. It looks like the ringed-crosses were carved earlier than the dots or points which define the centres and quarters - but don't quote me on that John! 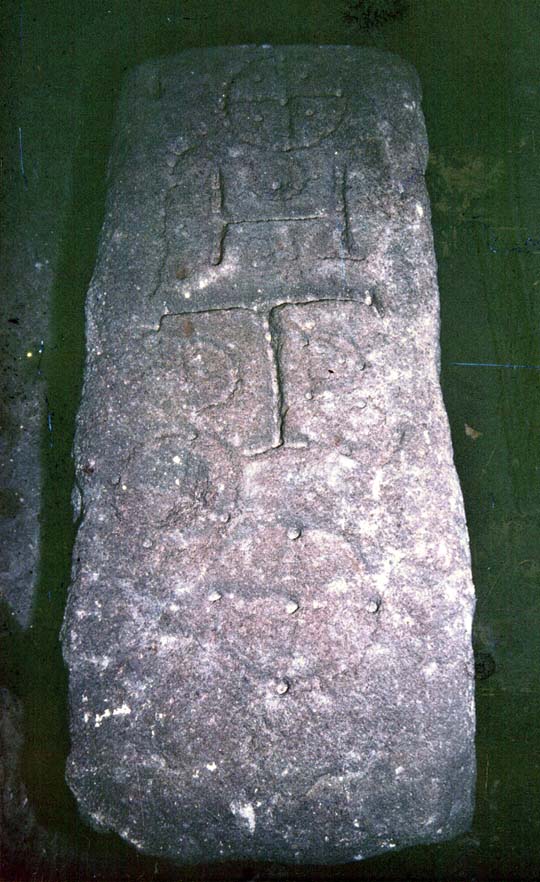 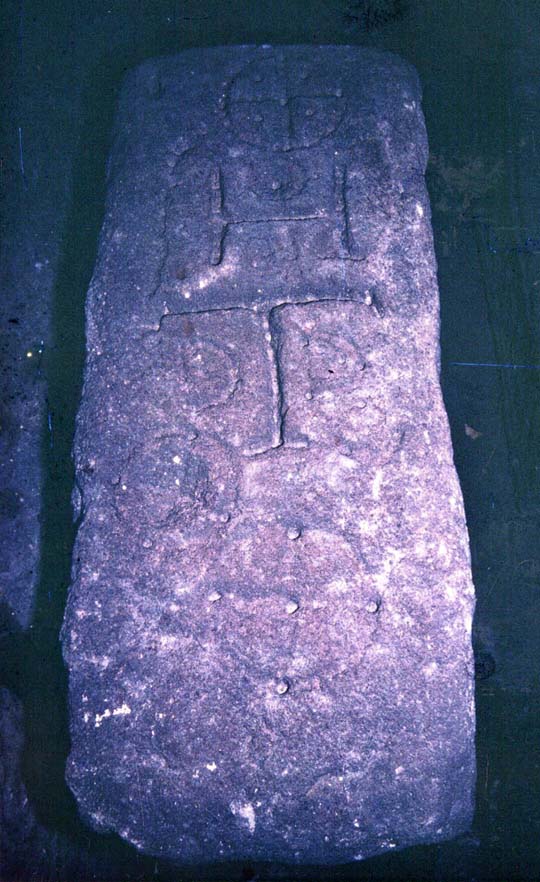 Just a quickie to let you know that I've added the site on the TNA inventory, here:

Upon consideration I think you may be very near with your 1st to 5th century date Paul (re: email), and if I was to guess I would say 4/5th century Roman grave marker, yet it may also be a boundary stone.

I think the stone is probably a bit later probably 9th to 11th century. Its only a guess and just my opinion. A very interesting stone all the same.