Just about everyone is taking photos of Pendle Hill with those giant white numbers "1612" on the side. It commemorates the 400 years anniversary of the Pendle witches who were executed at Lancaster on 20th August 1612 (including Alice Nutter of Roughlee), a gentlewoman whose only real crime was to give shelter to three Catholic priests - said to have been related to her. A very sad time for all concerned with King James outlawing witchcraft and Catholicism. Myself, I don't really think they were witches. Okay, they collected herbs and boiled them up in a cauldron as potions, but that doesn't make them witches. Lots of people collect herbs today for medicinal reasons. 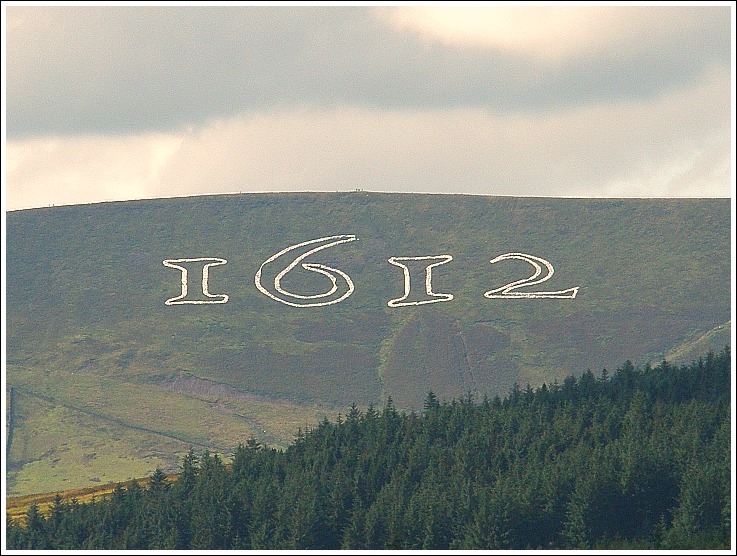 Thank you for putting this up St. Sunbeam ..... john - We members of the Holy Roman Catholic Church send you our Blessings .... john (no saint)

That's okay John. I believe the large white numbers are going one by one - shame really. St Sunbeam

At least it gave those two Bishops of Blackburn and Burnley a carrot uf their arses - but I rather think they will not be unfamilliar with such internal activities .....
Sponsored content