Os grid reference TA.098 678. To get to the monolith travel along the B1253 road to the west of Bridlington for about 5 miles or from York take the A166 in an easterly direction then onto the B1251 and at Fridaythorpe take the B1253 east again toward Bridlington. The huge stone cannot be missed from the road and from the surrounding area. It stands within the graveyard of All Saints' church at the north-eastern side of Rudstone village.

Located in the graveyard of All Saints' church this huge and mighty monolith or menhir stands at 25 foot 9 inches high (7.7 metres), and it may well be the tallest prehistoric standing stone in Britain. It is estimated to weigh 40 tons, and it is thought to be the same in height below ground as what it is above the ground, though I don't know whether anyone has ever checked that theory out. It probably dates from the Bronze-Age about 1,600 BC. Because of vandalism and erosion the top of the stone now has a lead cap, so it is said the stone could have originally been 28 feet high. So where has the top part gone to, I wonder. We are told that the stone was dragged, or rolled on logs, all the way from an outcrop at Cayton Bay some 10 miles as the crow flies to the north.

The folklore elements tell us that this is, in fact, a phallic stone and in pagan times some form of ritual was held around the monolith, but then the Christian church was built around it in the Dark Ages - it was a case of Christianity adopting the pagan religion and allowing the stone to stay where it was, but what else could they do because the stone was to big to move, so a lot of tolerance was in order here. The present church of All Saints' dates from the Norman period. In any case the stone had stood here for a good 2,000 years or more before any church was established in the village. According to the legend, the devil hurled the huge stone at the first Christian church on the site, but as usual he just missed - doesn't he always !

Rudstone monolith stands on a cursus - a prehistoric alignment. Also in the churchyard (north-east corner) there is a large slab-stone cyst which was removed from a nearby round barrow and also a gritstone. At Breeze Farm about one mile to the south-west of the village is the site of a Roman villa. 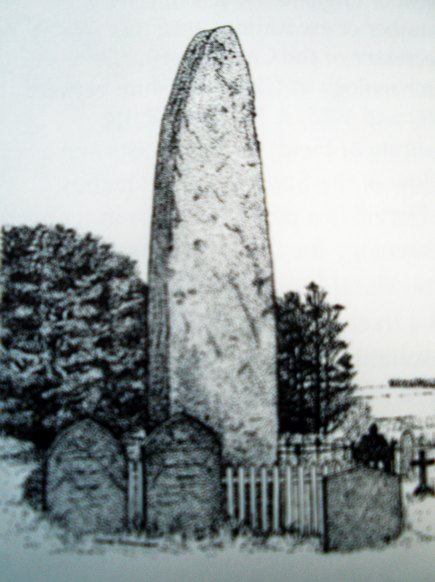 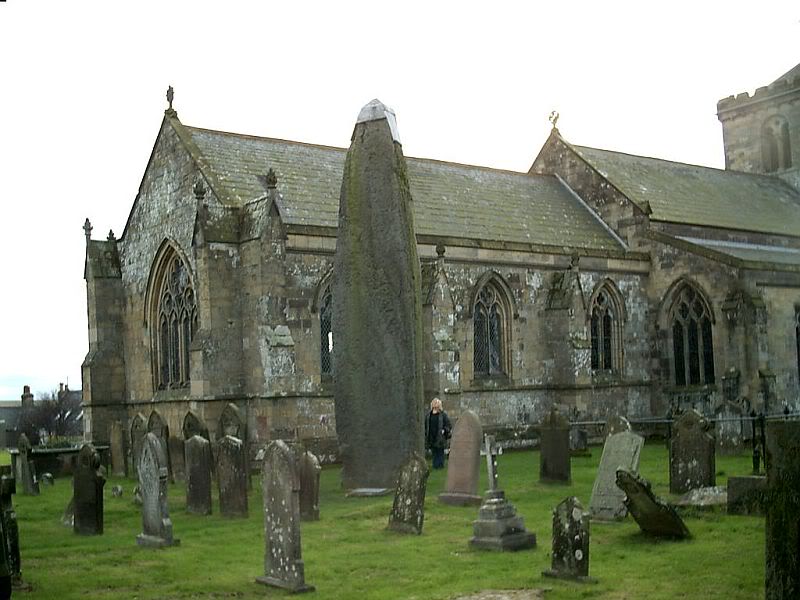 but I think it looks better above the Ribble valley :- 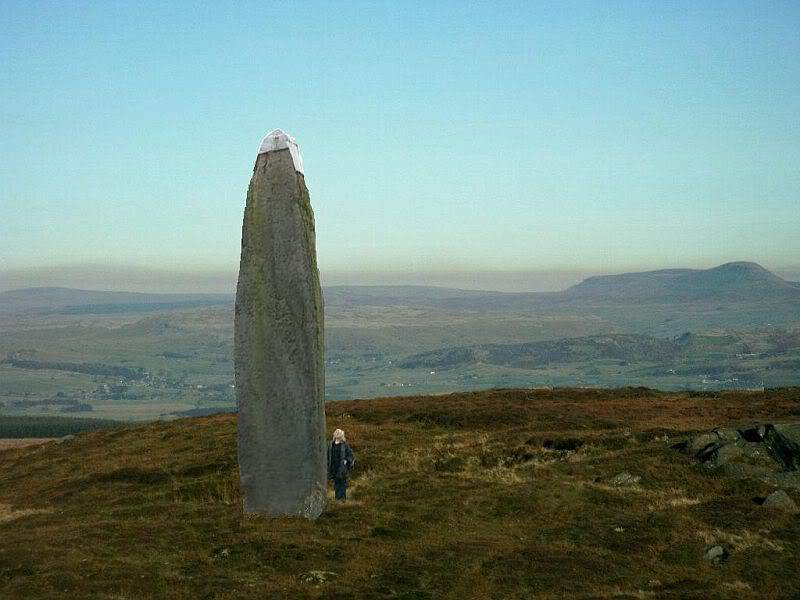 Yes, course its ok. These are really excellent photos.

I like how you have placed the monolith upon the moors, very good !
Ray.

Sunbright57 wrote:I like how you have placed the monolith upon the moors, very good !